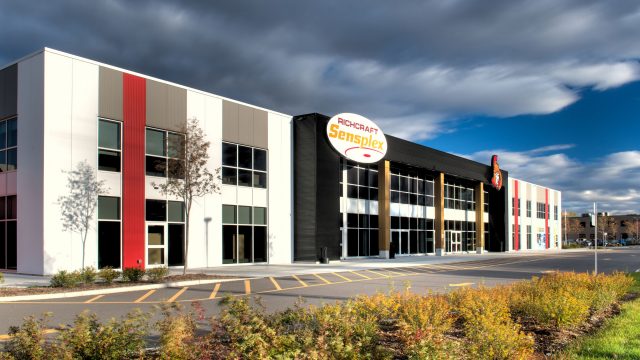 The Richcraft Sensplex is the most recent addition to the Capital Sports Management portfolio, opening its doors on August 5, 2014. Our Richcraft location was built with the idea of bringing a stronger sense of community to local sports in the East-End of Ottawa, much like our other two locations have for many years in the West-End. The facility contains four arenas, including the already existing and refurbished Potvin Arena, as well as three brand new regulation NHL-sized rinks, with room for more than 120 spectators to comfortably watch on in each. We hope to see you soon at the Richcraft Sensplex!

Here are a few of the amenities that you can find at the Richcraft Sensplex: